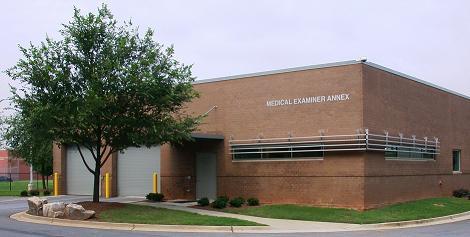 The Medical Examiner's Office of the Georgia Bureau of Investigation provides complete forensic pathology services to 153 of Georgia’s 159 counties in deaths which qualify as coroner cases under the Georgia Death Investigation Act. The Chief Medical Examiner for the State of Georgia oversees the GBI’s medical examiner (M.E.) program and also establishes policies and guidelines for all Georgia coroners and local medical examiners.

In addition to the forensic pathology responsibilities, the headquarters office also has access to a forensic anthropologist from the University of Georgia for the recovery and examination of skeletal remains.

Requests for examinations are received 24 hours a day, 7 days a week by the headquarters section of the M.E.’s Office. Cases accepted for examination are transported to the respective laboratory by transport services provided by the county where the death occurred or where the body was found.